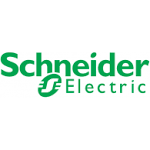 Schneider Electric is a Fortune Global 500 company, publicly traded on the Euronext Exchange, and is a component of the Euro Stoxx 50 stock market index. In FY2018, the company posted revenues of €25.72 billion.

Schneider Electric is the parent company of Square D, Pelco, APC and others. It is also a research company, investing EUR10 billion in innovation and R&D for sustainable development between 2015 and 2025. The company holds 20,000 patents either active or in application worldwide and invests 5% of its annual revenue in Research and Development.

The company began in 1836 as Schneider & Cie. It was ultimately renamed Schneider Electric in May 1999.